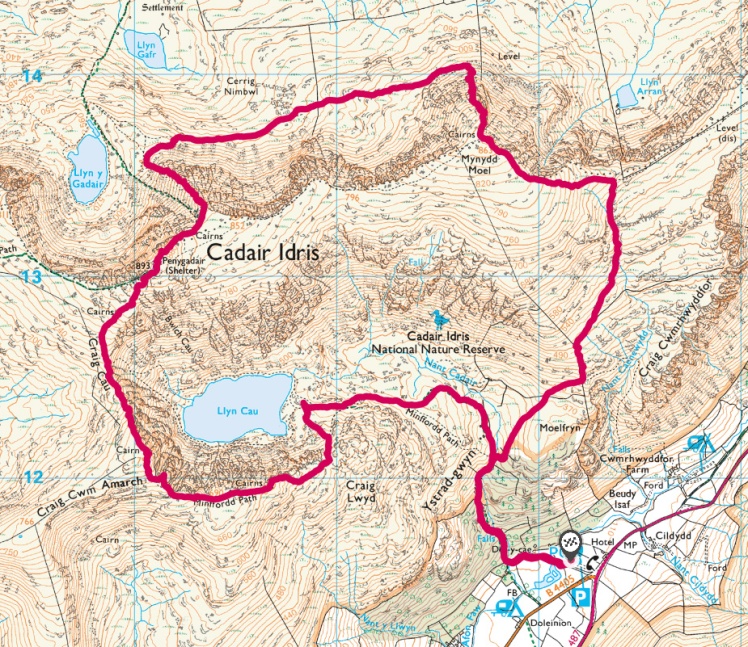 The classic Cadair circuit ascends the Minffordd path through the stunning Cwm Cau to the main summit, Penygadair and descends from the neighbouring top of Mynydd Moel. It’s between these two summits that we spice things up a bit, by descending the infamously eroded Fox’s Path and contouring along beneath the mighty northern escarpment to regain the tops by a straightforward but potentially pant-soilingly loose scramble up the north ridge of Mynydd Moel. Don’t say I didn’t warn you…

The bulk of Mynydd Moel across Cwm Cau 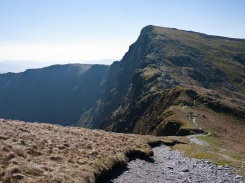 Llyn y Gadair from the summit

Coastal views beneath the northern escarpment

View into Cwm Cau from the descent of Mynydd Moel